Mom and I really look forward to “Project Runway” every week, which we watch on the TV in the kitchen. Friday at lunch. It’s almost a tradition. We critique the fashions and make predictions. We also look for Swatch at Mood. If Dad is eating his lunch at the bar in the kitchen, he gets glimpses of the show and provides commentary, which usually isn’t flattering.

I admit that I’m not the most creative. How can the designers get a challenge, two minutes later begin to sketch, thirty minutes later get fabric. And the challenges! The one that sticks out in my mind was where the designers had to create a dress that would look pretty under black light. 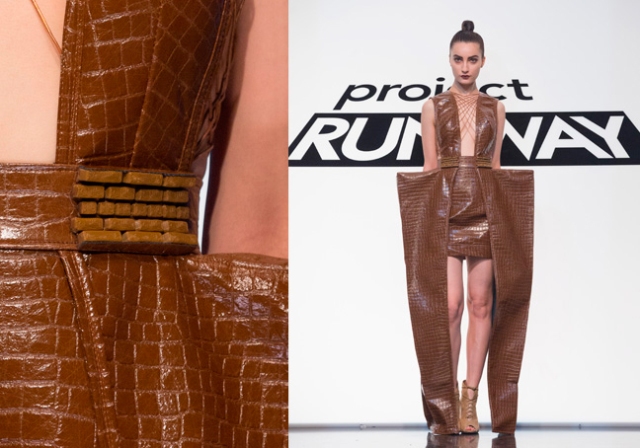 This dress won the “bridge” challenge. See what I mean?

Maybe the moral is this: I think it would be fun to be a designer, but you have to have an ounce of creativity. Guess not.